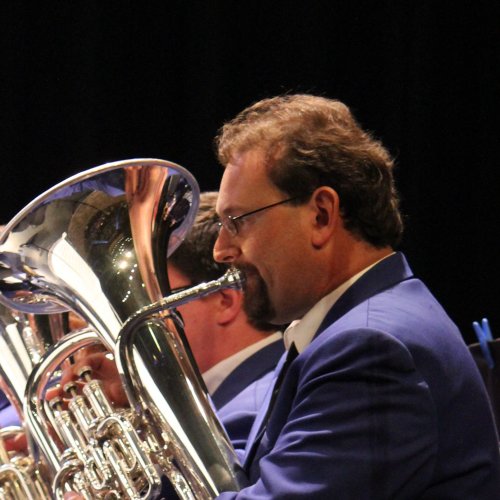 Jason expressed interest in the instrumental music program while at high school in his hometown of Bowen, asking to play the Clarinet.  He was handed a Baritone, which was the first time he'd ever heard of a Baritone.

Six months later he was moved to a Euphonium to let the school start someone else on the smaller Baritone, and he has played Eupho ever since.

His last few years at high school were spent playing Principal Euphonium for the now defunct Bowen Municipal Band, which is where his passion grew for regional and community banding.  University and subsequent employment in the IT field led him to the Brisbane area, where he played with Brisbane Excelsior, then Amberley Brass, once again enjoying the community banding world.

Jason has been a member of the QBA committee for a number of years now, and since 2019 has held the role of Vice President.  He was a member of the 2019 National Band Championships committee.

Since 2018, Jason has been a house parent at the QBA Youth Band Camps and enjoys this opportunity to interact with the rest of the committee in person.

Through video and phone conferencing, Jason is able to keep in regular contact with us and participate in meetings, and is available as a local contact for bands in the North Queensland area.