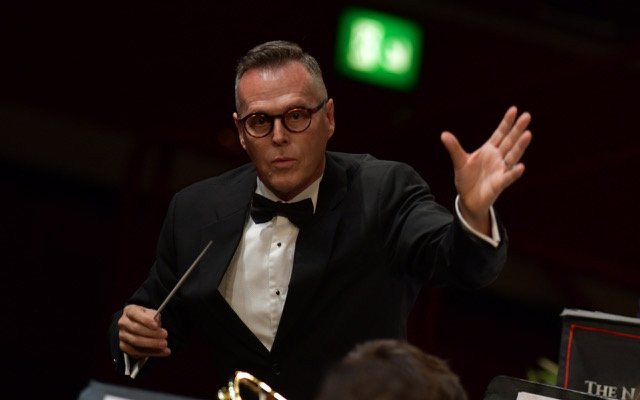 QBA is pleased to announce that Professor David King will be adjudicating all sections of the 2021 QLD State Band Championships!

Australian by birth, David King has a distinguished career profile as an international conductor, instrumentalist and music educator spanning over 40 years.

David King was awarded the title ‘International Brass Musician of the Year’ in 1992 and completed his Doctor of Musical Arts degree in 2000 – the first recipient of a Performance research doctorate awarded within the British university sector. In 2003 he was awarded professorial status and prior to 2009 was Chair of Music – Performance at the University of Salford, England.

From 2004 – 2007 Professor David King was Course Director of the University of Salford MA music programme – the largest externally delivered music education programme linked with the Ministry of Defence (United Kingdom) and Her Majesty’s Royal Marines.

In 2002 Professor David King was appointed Conductor and Musical Director of the ‘Massed Bands of the North West of England’ performing in the closing ceremony of the Commonwealth Games in Manchester. He was also guest conductor at the World Expo, Switzerland 2002.

David King has represented England in the European Brass Band Championships as a conductor on thirteen occasions winning the title an unprecedented ten times.

As Principal Conductor and Musical Director of the legendary YBS Band (1993 – 2006) David King’s performance research and recording portfolio includes a definitive three volume compilation, ‘Essays for Brass’ (Polyphonic Label), which has received unprecedented international acclaim within the World of Brass.

Regarded by his peers as a leading interpreter of wind music, Professor David King has commissioned, choreographed, directed and premiered award winning thematic projects for the concert platform working in collaboration with internationally acclaimed composers for the genre. These include Cry of the Celts, Voice of the Vikings, Hymn of the Highlands, Celtic Fusions, Symphonic Dances and War of the Worlds.

A recipient of the Iles Medal from The Worshipful Company of Musicians (London), David King was awarded Emeritus Professorship by the University of Salford, UK in 2010.

For the past decade Professor King has maintained an active profile both as a freelance international conductor and music educator. From 2008 – 2015 he was Artistic Director of the National Australia Brass Festival (NABfest) and Music Director of Australia’s first National Youth Band (2013 – 2016).

Professor David King is currently the International Chair in Band Studies at the Royal Northern College of Music, Manchester, UK. He is also Director of the National Australia Brass Academy and in 2018 was appointed Musical Director of the newly founded National Youth Brass Band of America.